As early as the second century traders from the east crossed the challenging desert terrain of the silk road carrying their precious goods – silk, perfume, herbs, spices and more. The Silk Road is a network of ancient trading routes connecting east and west, China and Europe. Traders travelled at night in groups called caravans avoiding the heat of the sun and using the stars in the sky to guide them.

Fig and apricots have been cultivated in Persia since antiquity. They can be found in the tranquil walled gardens where there is an abundance of trees, flowers and streams providing shelter and rest for the weary traveller.

Samarkand was one of the jewels of the Silk Road to the ancient east. Jasmine flowers could be found in abundance in the lush walled gardens. The town itself is thought of as a crossroads of world cultures with history stretching over two and half.

Morocco is home to the orange trees, with its pretty orange flower and the Mandarin tree. Smelling the flowers of these trees in their natural habitat is enough to rejuvenate the senses.

Malabar is the historic name for the southwestern tip of India, from the Arabian sea inland to the Western Ghats. Invigorating lemongrass was traded north to join the silk road routes to China and the West.

Our Desert Winds Collection aims to awaken your senses with the same fragrances carried along the ancient trading routes of the silk road where east meets west. 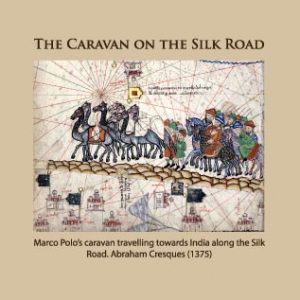